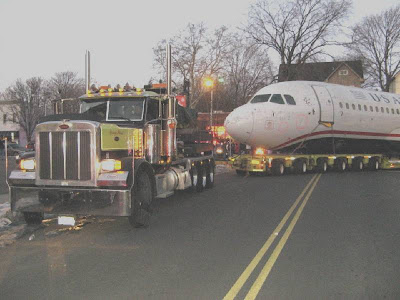 “Sully” is now a household name, but what about the man behind the moniker?

The pilot who so gracefully brought down an engineless plane into the Hudson River on a frigid January afternoon without a single passenger casualty now has to grapple with an avalanche of book offers, interview requests, media pitches and fan mail. The hardest part (safely crashing a plane onto the river) might be over, but surviving all the attention will be its own type of challenge.

We’re not too worried about whether the oh-so-calm Captain Chesley "Sully" Sullenberger can maintain his cool in the spotlight, but we do have some advice. (While we wouldn’t know the first thing about safely evacuating a waterlogged plane, dealing with public attention is what we do.)

America’s favorite pilot should take some time to think about his own personal and career goals, and take advantage of this newfound opportunity to pursue them. Is he thinking about retirement? A book deal could be a good money-making project to keep him busy after a lifetime of flying. Sully is a brand now, a brand that represents integrity and heroism. He can use that to pursue his goals, whether that means writing a book, growing his consulting company or holding himself out as a public speaker. Maybe he wants to raise money for a favorite charity, in which case the now-trusted Sully face could certainly go far.

Whatever he puts his mind to, we would strongly recommend that he maintain that apparently well-developed sense of dignity and humility above all else. That’s what’s appealed to folks so far, after all, and nobody likes to see a nice guy get full of himself once the cameras roll. In a country dealing with an epic financial crisis, eight years of diminished stature on the world stage, Bernie Madoff and a heaping daily dose of lurid celebrity news, people are thirsting for somebody they can trust. Even Obama can’t claim that he’s saved 155 lives.

Unlike many celebs or CEOs who make headlines, Sully actually has a pretty darn good approval rating in the public’s eye, so he can use that to his advantage. A true “Captain of the Ship,” he walked the aisle twice as the plane was taking in water and everybody else was out on the wings, just to make sure nobody got left behind. The Sully brand epitomizes a cool professionalism, modesty, ethics and class. The most important thing now is to guard that brand at all costs. Think carefully about who you give interviews to, Cap’n. Don’t let your story get over-hyped or slide out of your control. And don’t worry about saying enough is enough to the media after giving a few interviews. Leave them wanting more.

That way they’ll go out to buy the book or hear you speak or sign up for your consulting services or come to your fundraiser.

Posted by Hillary Rhodes
at 1:18 PM No comments:

Here’s one of the reasons – besides good food and friendly service - why Jiggers, a diner near me, always has a line out the door, even on cold days like yesterday. While people stand in line, the Jigger’s folks hand out free mugs of coffee. It’s not a stroke of genius, it costs practically nothing, but it tells their customers that they’re not being taken for granted – a good message to send in this economy. My guess is that the places who hand out free coffee to their waiting customers are the ones who will still be standing two years from now.
at 9:01 AM 1 comment: